This release does not have a Play Store Description, so we grabbed one from version 1.0.02.26:

An IT admin might not be comfortable with a third-party app that needs access to contacts, email addresses, or phone numbers. There may be concerns that sensitive work data may end up on third-party servers. The third-party apps are needed for productivity, but are not fully trusted and vetted by the IT admin. In this scenario, the enterprise is wholly responsible for their corporate assets and needs full control of their devices. 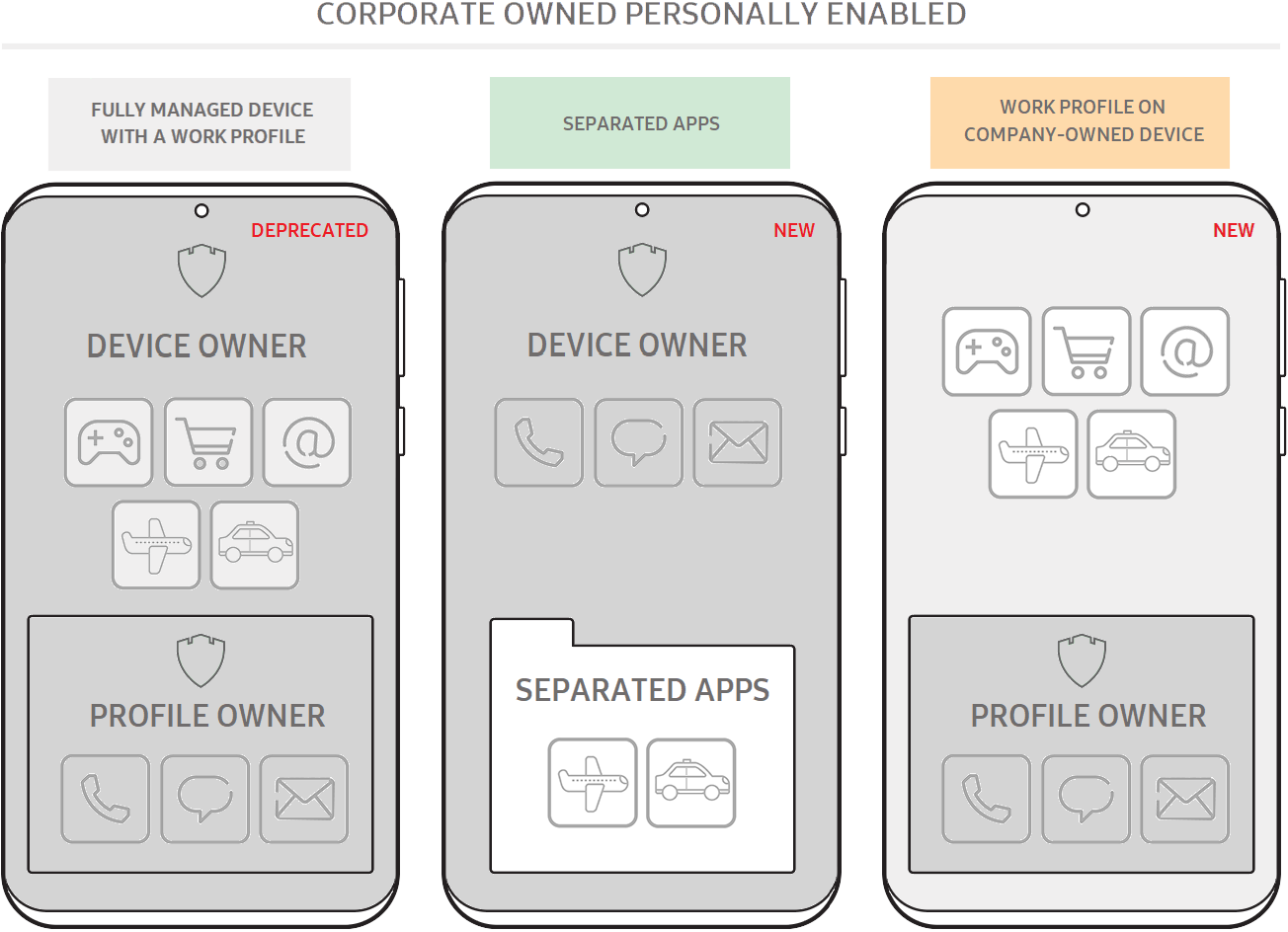 As described in device management modes, Android 11 replaced the fully managed device with work profile with a new work profile on company-owned devices. The goal is to protect the privacy of personal activities on company devices, and provide IT admins with adequate control over the personal side of the device. For enterprises that still need full control over a device while enabling authorized third-party business apps, Samsung exclusively offers an additional option called Separated Apps.

Separated Apps isolates third-party apps in sandboxed folder. The third-party apps cannot intercommunicate with work apps or access confidential work data. Keep in mind that Separated Apps does not provide the same privacy guarantees as the new work profile on company-owned devices. As such, it is not intended for personal apps and data.

Separated Apps are installed in a securely separate folder: 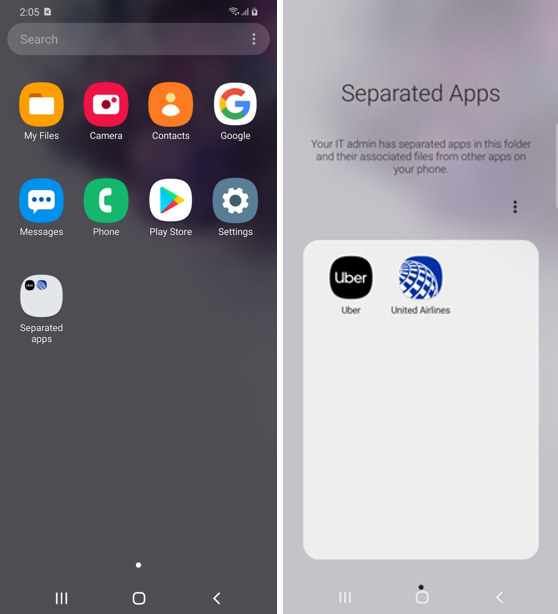 An enterprise IT admin uses:

By default, the following apps are available inside the Separated Apps folder, but don't have launch icons. They can however be launched by other apps. For example, if you open an attached image in an email app, the Gallery displays the image.

The device user can:

This release may come in several variants. Consult our handy FAQ to see which download is right for you.

This APK is signed by Samsung Electronics Co., Ltd. and upgrades your existing app.


The cryptographic signature guarantees the file is safe to install and was not tampered with in any way.

Firefox Nightly for Developers 111.0a1

Have an APK file for an alpha, beta, or staged rollout update? Just drop it below, fill in any details you know, and we'll do the rest!

On Android, you can use ML Manager, which has built-in support for uploading to APKMirror.

NOTE: Every APK file is manually reviewed by the APKMirror team before being posted to the site.

ERROR:
SUCCESS: Your files have been uploaded, please check if there were any errors.
Your name (shown publicly)
Your email (stored but not shown publicly)
What's new (may be shown publicly)
No ads, dark mode, and more with APKMirror Premium $1.99/month ×